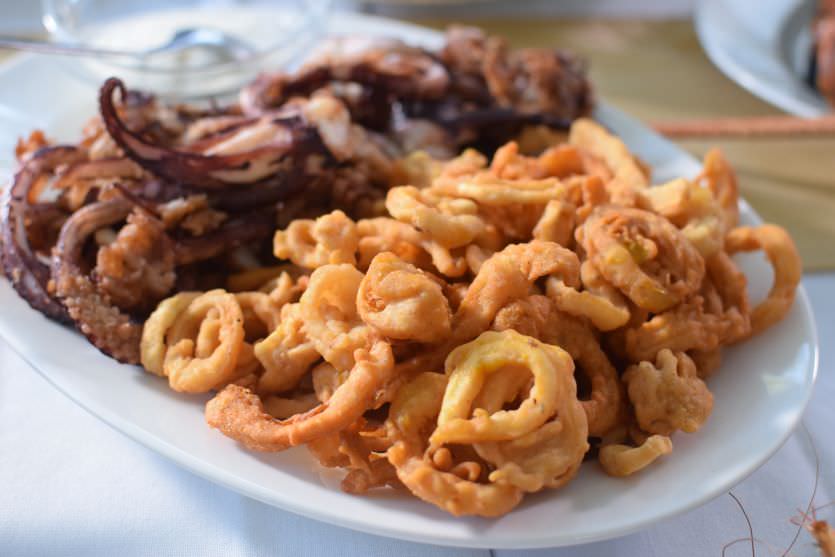 Akaramari is Calamari, but with a Nigerian twist. Akara is a delicious and wildly popular fried bean batter. Made very simply with blended beans, onions, peppers and spices, it is a breakfast food made both at home and on the street. Beans have a wonderfully rich and earthy note to them, and this squid makes so much sense enveloped in the beans earthiness. In this version, I opted to use bean flour, rather than fresh beans which would require a lengthy soaking, washing and peeling process. If you are similarly pressed for time, you can do similar. However if you already were planning to make akara from scratch, then it makes sense to reserve a little bit of the mix to batter your squid. You will be glad you tried this. Do season your bean batter generously, as it contributes to the overall success of the dish. Akaramari comes out really nice and crunchy and moreish.

Salt and pepper to taste

This recipe is from Season 1 Episode 12 of Minjiba Entertains, commissioned by The Africa Channel and showing on RealTime DSTV Channel 155, Emirates in-Flight Entertainment, Amazon Prime, and Demand Africa.

You may also enjoy:


Notice: Trying to access array offset on value of type bool in /home/minjiba/public_html/wp-content/themes/pipdig-hollyandweave/inc/functions/inc/widgets/instagram.php on line 116