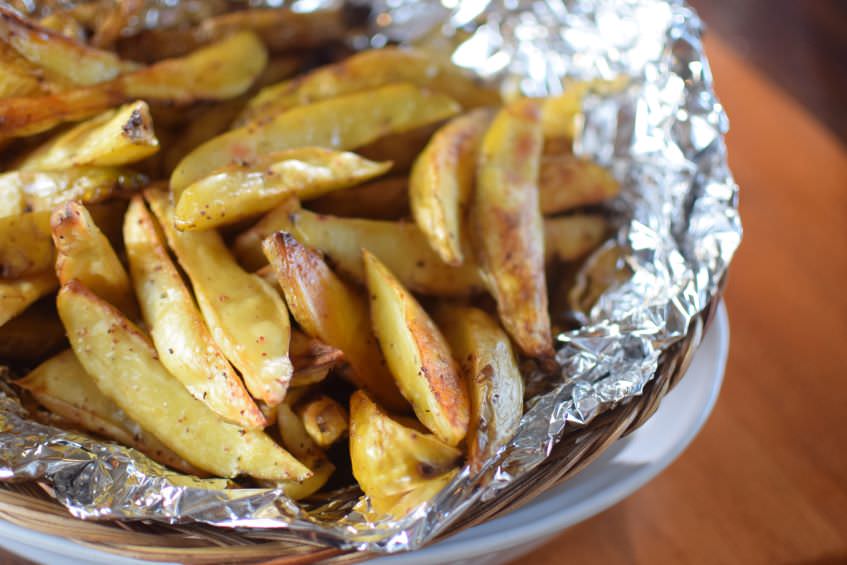 Sumac is a bright, zesty and very underrated spice, usually used in Persian, Lebanese and Arab cuisine. It is made by crushing dried berries, and lends a special lemony tang to everything it touches. I chose to use sumac on these wedges to add some levity to what’s usually a bit of a heavy dish. Its a small tweak but really lifts potatoes out of the doldrums of plainness. Grounded by an equal amount of oregano, which itself is, I feel, marginally underrated, this is one potato recipe you will return to again and again.

This recipe is from Season 1 Episode 8 of Minjiba Entertains, commissioned by The Africa Channel and showing on RealTime DSTV Channel 155, Emirates in-Flight Entertainment, Amazon Prime, and Demand Africa.

You may also enjoy:


Notice: Trying to access array offset on value of type bool in /home/minjiba/public_html/wp-content/themes/pipdig-hollyandweave/inc/functions/inc/widgets/instagram.php on line 116